Take to the Helm with Southern Yachting Academy 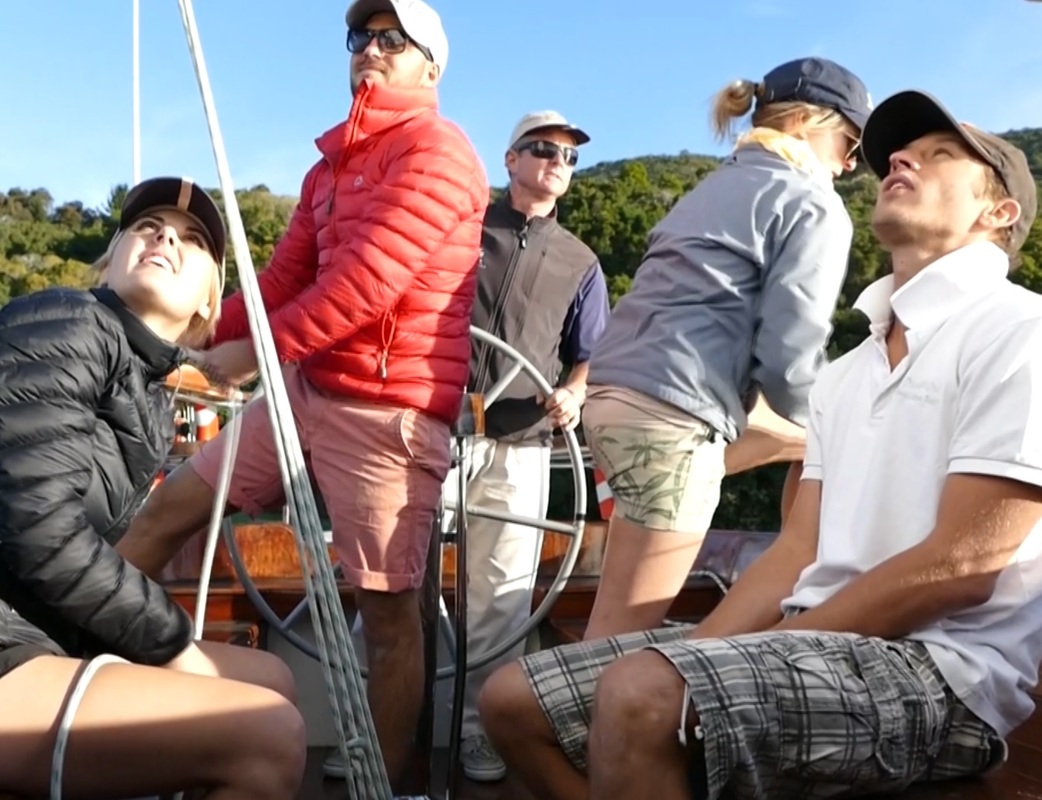 When I first entered the offices of the Southern Yachting Academy, the very first thing that caught my eye was their elaborately detailed logo. From past to present, it portrays elements which are distinctive to Knysna. It has the family crests of some of Knysna’s most historically significant families, including the Thesen’s, who left behind a rich boat building legacy; several iconic species for which Knysna has become synonymous, including the Knysna seahorse; an anchor, which represents our storied maritime history; and a champagne bottle, which serves to celebrate all these aspects which we love about Knysna.

Of all these characteristics, it was the boating legacy of yesteryear that Mark Orpen felt compelled to revive when he started the Southern Yachting Academy. Inspired by his love for both Knysna and for yachting, he had a vision to recreate the dynamic maritime flavour of the Knysna’s past and he started by seeking out two of the legendary yachts which helped propel South Africa into the sailing spotlight some four decades ago.

In 1971, two Van der Stadt 222 design, 42-foot sailing yachts were built to compete in the first Cape to Rio transatlantic ocean race. The first was the ‘Albatross II’, which was built in Knysna at the Thesen’s Boatbuilding Yard, the second was the ‘Mercury’, which was built in Bremen, West Germany. These two South African yachting teams sailed neck and neck for much of the race, but it was ‘Albatross ll’ that eventually took the lead and won the race, putting the Thesen Boatbuilding Yard, and Knysna, on the map. Also participating in the race was ‘Voortrekker 1’, the original South African flagship in the event, also built in Knysna by the Thesens.

While his dream to find and restore ‘Albatross ll’ was never realised, he did find and procure ‘Mercury’, whereafter he spent the next two years restoring it with the help of several skilled boat building artisans. Once this beautiful wooden sloop cutter was fully restored, Mark could properly commence with his second mission, which was to to create a platform for sailing training and adventures and thus promote the culture of sailing in Knysna.

They offer Day Skipper and Coastal Skipper courses, accredited radio telephony and coastal mileage building passages along the Garden Route coastline. Many of the students that have qualified here have gone on to enjoy hugely successful careers in the yachting industry around the world.

And for all those who have always dreamt of taking to the helm – I would highly recommend you begin with their Start Sailing Experience. This is a 5hr hands-on, interactive crewing experience where participants are given the opportunity to sail offshore on the famous Mercury yacht. The activity starts off at the Academy on Thesen Island where you will learn the basic principles of sailing, such as tacking a gybing, tying knots, steering the boat and plotting a course.

After this brief introduction to sailing and under the guidance of one of their very competent skippers, you will then get the chance to implement what you have learnt by being an active crew member. You will sail across the vast expanse of the Knysna Estuary, through the sentinel headlands and out into the big blue. This is a hugely popular activity for both local and international tourists and if all their Tripadvisor comments are anything to go by, then this experience is certainly one to include in your the bucket list!